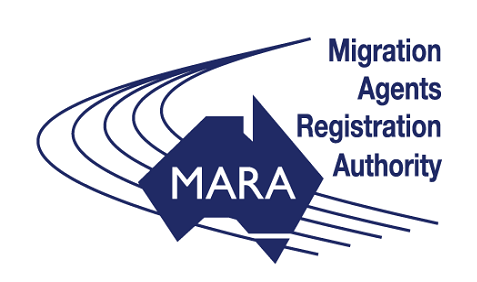 In Canada ALBERTA is a famous Province and its province immigrant a ALBERTA PNP facility to migrate in this province. Any Indian, desiring to settle in the Alberta province of Canada should from beforehand derive an idea about Alberta through various information available in book, website, magazine etc.

Alberta province is situated in western Canada. This province has the Canadian Rocky Mountains in the west and vast prairies and badlands in the east. The languages spoken in Alberta are English, French, Dutch, Ukrainians and German etc with English being spoken by the majority people.

Alberta is the fourth largest province in Canada with an area of 6, 61,000 sq.km. It has 245 rivers and more than 600 lakes. The capital of Alberta province is Edmonton. Another city of the Alberta province, Calgary is one of the best cities to live in the world. Alberta has four distinct seasons.

During summers people in Alberta indulge themselves in family picnics. They also like swimming in summers. In the winter season, there happens the tremendous amount of snowfall there in Alberta. Skating is very popular in these snowy winters. In spring and autumn season, hiking is the common phenomenon among the residents of Alberta. The province of Alberta is highly renowned within Canada for its charities and donations.

The highest frequencies and amounts of charitable activities and donation payments within Canada come from the people of Alberta province. In summer season in Alberta, there are 18 hours of sunlight.

Why Should i apply for Alberta PNP Program ?

When reaching Alberta, the first thing one is to locate is a temporary accommodation. One can stay on a day to day basis in a hotel or a motel. The price range will vary according to the choice of city. One can stay in cities like Calgary, Edmonton, Fort McMurray, Lethbridge.

One can also stay in a bed and breakfast basis that means the person shares a bedroom and gets breakfast in a temporary accommodation. You can also temporarily stay in hostels or YMCA.

One also needs to have a social insurance number (SIN) to work, to open a bank account and to apply for social benefits. The immigrant on entering Alberta should always carry two identity cards with himself. Calculate Your CRS Score for ALBERTA PNP.

The Person on entering Alberta should look for a map of the province and the cities in Alberta which he can get from gas stations and stores selling newspapers and magazines. People should also know the local commutation systems from beforehand.

After staying temporarily for three to four days an immigrant can gather total information about the province and then he can look out for an economic permanent residence.

What is Alberta PNP?

Alberta PNP is Alberta Immigrant Nominee Program. AINP aids Alberta’s financial improvement by bringing and settling foreign employees into their own province. In AINP, particular immigrants are selected by the Government of Alberta, then they can apply (with their spouse/common-law partner, and dependent children) for permanent residency visa via IRCC. AINP provides choices for both semi-skilled and skilled workers.

One can apply on his own or along with his employer. During the AINP application and assessment process, a valid work permit is necessitated throughout by an individual immigrant.

No entitlement for AINP Application

Following are the persons not entitled to AINP Application:

What is the AINP Employer Driven Stream?

This stream is for:

What is the Skilled Worker Criteria in AINP?

This type of candidate criteria does include:

English Language Tests needed to be passed by the Candidate?

As English is the predominant language in Alberta pnp, as it can be observed from the fact that the majority communications, local or official are all in English and hence, the immigrant should have proper English language skills to settle and work in Canada. For this purpose an English Language Test is held worldwide in numerous examination centers across the world.

Around three million exams are held every year across the globe. The name of this exam is International English Language Testing System (IELTS). The exam is held to test four different skills namely, Reading, Writing, Listening and Speaking. The Band Score given from that test is in the range of 0 to 9. This band score is added to the points for Visa application.

Under Strategic Recruitment Stream one can apply directly to the given avenues:

Under Employer Driven Stream one can apply through an employer under the given avenues:

Under Self Employed Farmer Stream one can apply provided one has the financial assets and managing of farms experience. With these conditions only the person can buy or sell the farm in Alberta.

This is all about the Alberta pnp program its processing time, eligibility and all. if you want to get assessment you can fill out this form. If you have any question in mind please feel free to comment below.

VISAS IMMIGRATION SERVICES is a premium and registered immigration consultant company in delhi. We offer advisory services on immigration options. We are not part of any government and department immigration. We don’t provide any type of job immigration of any destination.